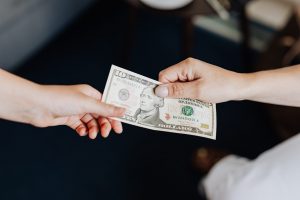 In most states a “Transfer of Death” account, also known as a “Pay on Death Account” (commonly called a POD or TOD account), is an account at a financial institution that allows payment of the funds in the account to a designated person upon the death of the account holder. As of August 1, 2016, Louisiana law allowed banks to let account holders designate a POD or TOD beneficiary for their bank accounts. Later laws extended these TOD and POD designations to Credit Unions and Savings and Loans. Although the law allows a bank to avoid any liability for transferring the bank accounts to the TOD beneficiaries, the law is also clear that it does not interfere with Louisiana’s forced heirship and community property laws. Therefore, the recipient of the bank accounts paid pursuant to the TOD registration can still be sued by a community spouse or forced heir who may have a claim to some of the funds in the bank account.

Unlike many other states, Louisiana has never adopted a law similar to the Uniform Transfer on Death Security Registration Act. This act allows those with brokerage accounts to designate TOD beneficiaries and upon presentation of a death certificate of the account holder, the brokerage house will pay the funds in the account to the beneficiary without the need for them to go through probate. Although Louisiana has never adopted a TOD law for brokerage accounts, some brokerage firms allowed this form of registration.

Recently, however, some brokerage firms have decided they are no longer going to allow Louisiana accounts to be titled as TOD accounts and have sent letters to their account holders regarding this. This change is likely because of a 2020 appellate court case from Louisiana’s Fourth Circuit Court of Appeal. In that case, a deceased person named one of his sons as the TOD beneficiary of one-half of his brokerage account held at Vanguard. He left the other one-half of the account to his wife, who was not the mother of his son. It was a rather large account. The executors of his estate sued the son and asked that he return the money to the estate presumably to be distributed according to the will. The executors argued, among other things, that Louisiana has not adopted a law similar to the Uniform Transfer of Death Security Registration Act so the transfer to the son was invalid. The son’s attorneys argued otherwise. The Court upheld the TOD transfers to the son, reasoning that the account holder entered into a contract with Vanguard to pay the account to his beneficiaries and there was no public policy reason that the Court should invalidate the contract. In support of their argument, the son’s attorneys pointed out to the Court that laws similar to the Uniform TOD Act had been considered by the Louisiana legislature on several occasions but they had never been adopted. The Court did not find this was enough reason to invalidate the TOD contract.

There are five appellate courts in Louisiana and this is the opinion of just one of those courts. It is possible that one of the other appellate courts or Louisiana’s Supreme Court (who has the final say) would reach a different decision. It’s worth noting that the lawsuit discussed above also involved Vanguard who probably had to hire Louisiana lawyers to represent its interests in the case. Also, Vanguard likely had to pay a lot of attorney fees to those lawyers as the case lasted for several years.

As you can see, TOD and POD accounts have the potential to cause a great deal of confusion in Louisiana. The law allows them for accounts held at banks, credit unions and savings and loans but specifically says that the TOD designation cannot supersede the claims by forced heirs, community spouses or creditors. Louisiana has not specifically allowed TOD accounts for securities and mutual fund accounts although one court has held they are allowable by contract.

Financial institutions (particularly brokerage firms) are aiming to reduce exposure to lawsuits and  potential liability for improperly paying an account to TOD beneficiaries when others may have a claim to the funds in the account. Until there is a statute adopted or Supreme Court case affirmatively allowing TOD accounts for securities and mutual firm accounts the confusion around these accounts and there uses in Louisiana will continue.

Therefore, you should use extreme care when establishing TOD/POD accounts at your bank, brokerage firm or financial institution. While there may be circumstances where TOD/POD accounts are warranted, the better practice is for you to integrate these and other beneficiary-designated accounts into your overall estate plan. Failure to do so, may create conflict and/or litigation between the TOD/POD beneficiary and the beneficiaries named in your will or trust. Also, when planning your estate, make sure you work with professionals who are familiar with all types of probate and non-probate assets to ensure your legacy will pass to your loved ones as you intend.